Howdy Y'all! First, I'd like to thank you for visiting my site and invite you to send me an email or join the news for upcoming release dates and other useful info! Second, I'd like to tell you a bit about me! I have been a professional photographer for more than fifteen years but my first passion has always been reading. Severely dyslexic in a time when dyslexia wasn't acknowledged I had a wonderful second grade teacher at T.W. Ogg Elementary School that challenged me to read. She taught me a few coping mechanisms that helped her learn and then dared me to read a hundred books before the semester was over. My prize? a crisp clean one dollar bill! Of course in the very early eighties a buck went a long way! So I busted my butt and learned to read enough to finish those hundred books. First small 'see Jane run...see Jane walk' books to Dr. Seuss’s 'The Cat in the Hat' and 'The B Book' all the way up to my very first (but not last) chapter book. I got my dollar bill and a new found love for the written word!

In middle school I began to write. It wasn't unusual to see a gnarled spiral notebook in my hands in the halls of Clute Jr High in the small town in southern Texas. Chubby, awkward and what now is called a nerd, I didn't fit in and I definitely wasn't popular! Although home computers (Ours was a Commodore 64 which listed at $595. In today’s market that would be the equivalent of over $1500!) came out at an ‘affordable price’ during those awkward years it wasn't till much later that I would ditch the spirals and learn to type with more than one finger. I continued to carry my spiral through high school at Angleton High writing numerous poems, short stories and one book that took an accumulative of ten years to write. Finding it easiest to write when upset I only worked on the book when I felt I had nothing else. Granted, in a teenagers life that happened often!

Fast forward many years ahead, add in a wonderful husband, two beautiful daughters and a generally great life up until this point, we crash and burn in January of 2002 when our infant son of seven days passed away with a disease name that is long and hard to pronounce (though it is sketched and burnt into my brain forever, I’ll leave those words exactly where they are, in my head.) This triggered two desperate years of miscarriage after miscarriage till our healthy baby boy was born four days shy of our angels second birthday. God’s way of replacing what I lost or reminding me that everything He gave us He could take away? I never have decided but I am eternally grateful for all three of my kids. The week of Jimmy’s five year anniversary of his death I was severely depressed and decided to write instead of mourn. I picked up my laptop and began typing.

Although my oldest loved to read, my middle daughter is just like me and severely dyslexic, but she wasn’t fortunate enough to have a teacher that cared. Trying to help her out I began a book for older children/teens (11-16 yrs of age). Each night while my family slept I would add more to the story. Each day after school I’d read them what I had written. Two books came from this with the possibility of more although for some reason I hesitate to publish those first two.

Since that time I have given up hope that either of my younger two children will enjoy reading as my oldest daughter and I do. Because of that I have progressed from children’s books, even though I do have one series published (Cloud Riders of Da-Nigh) that is solely for the younger crowd, to adult romances. Suffering from kidney disease I find myself sitting in bed alone for many hours and the only thing that brings me solace, besides my family, is creating worlds of my own!

After writing four of the Rowdy R Ranch Adventures my husband and children took my computer and refused to give it back till I at least checked into publishing one of my stories. Agreeing out of desperation and a sense of “What the hell! I have nothing to lose.” I published the series. Twelve books and ten in the works later I am having a blast and am rarely reminded of my inabilities to live like others. However, like other authors, the characters in these books are very real to me. Living in my imagination and haunting my dreams day and night. I do the best I can to bring them alive for you to enjoy and I hope they come across every bit as cantankerous, hilarious, sarcastic, spunky, devious and mischievous as they are in my imagination.

Due to the death of my husband in January 2017 I have been unable to write for several months. Unfortuanatley 'Let the Chase Begin' along with RRRA#7 and DOLVA #2 have taken a backseat to my life. I hope you will forgive me this time while I get mine and my kids lives back in order. Thank you for the continued support.
​
Stacy Lee
﻿In the works!﻿
﻿Patronus Book 4 - Let the Chase Begin - has been postponed....

Rowdy R Ranch Adventures # 7 & 8. Greyson and Kendrick are fighting for the privilege to be next.

Dolva Book 2 - Queen of Her Reality

I'm sorry for all the delays but I will keep y'all posted when I will be able to return to writing. 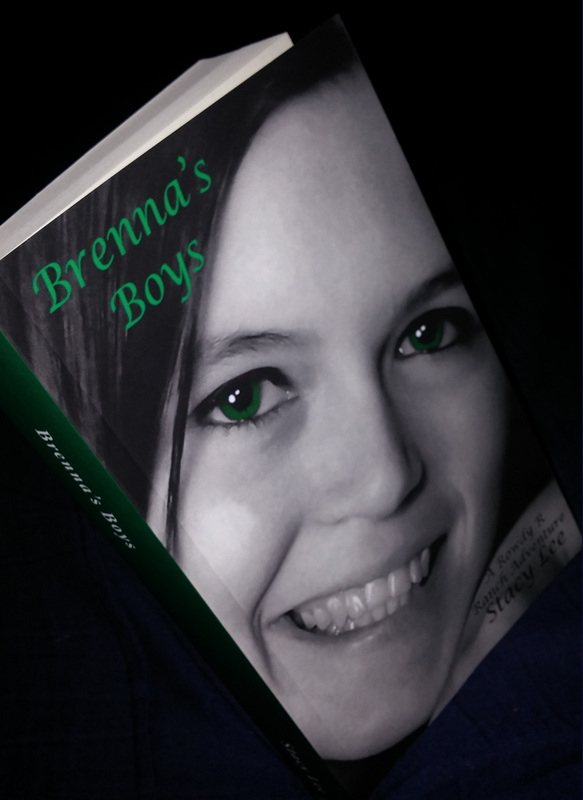 All of RRRA, DOLVA and PATRONUS are available in paperback @ createspace.com