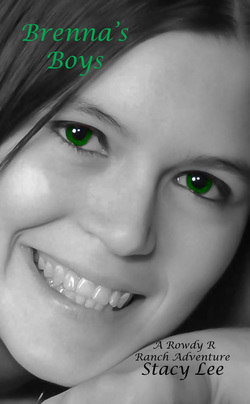 Brenna has grown up in a two room cottage in the middle of an isolated field in Pennsylvania with only her Mother and her horses by her side. Her Granny and the modest mystery novels she brings along are her only contact to the outside world. She is the epitome of innocence. When her mother passes suddenly she is kicked out of her home and forced to enter civilization for the first time in twenty-four years. Five weeks later she finds herself the victim of a serial rapist in the middle of a crowded railcar in broad daylight. Alone and scared, she stays on the railcar for hours afraid her attacker will be waiting at her home. When they finally come to a stop only one man pays her any attention and that man is being paid to help her.

Anthony “Skip” Vaughn is a man on a mission. He is sworn by duty to protect the innocent, but his need to protect the small redhead he's called to question outweighs any feelings he has ever felt for a victim… or anyone, for that matter! After more than one attempt on her life Anthony sequesters her away on a ranch in Texas with twelve other men. The hardest part, since the attack Brenna cannot stand to be touched. The simplest brush of a hand sends her into debilitating panic attacks.

Can Anthony, with some help from his childhood friend, Ryker, eleven ranch hands, and a stubborn horse, pull her out of the depression she's spiraling into? Can he convince her that his touch is not meant to harm her? Will he be able to show her love before her attacker finds her again? 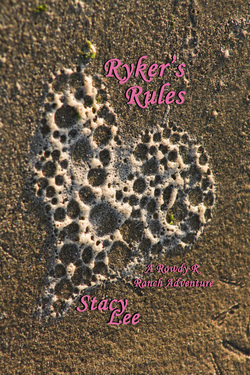 Kidnapped at age nine, Two is the only name she knows. When her Master realizes his favorite sex slave is pregnant she is faced with his wrath and by a little miracle escapes her prison. Alone, bleeding, naked and pregnant she runs through the forests surrounding her home with the hopes of saving her child. But has she ran right into the arms of the enemy or her savior?

Ryker Baines is a no nonsense, perpetually happy and relaxed type a guy. Not much can ruffle the feathers of the almost seven foot retired Army Sargent and medic turned rancher. After leaving the Army he has made his home on the Rowdy R Ranch, 250 thousand acres of prime Texas land, enjoying his friends, the men who work for him and his horses. When he finds the abused, bleeding and pregnant woman at the edge of a forested area on a back field, he takes her in and cares for her. Immediately he notices things aren't right with the young woman. She cant give him a name, she asks for permission to talk, 'Sir' follows every sentence she speaks, she refuses to look anyone in the eyes and she seems to not have a problem with being naked in front of everyone.

Can the large teddy bear of a man show her that the real world isn't what she has been told it is for years? Can he teach her that life is worth living every moment to the fullest without fear of punishment? Or will her Master succeed in taking her back to her life in captivity as a sex slave? 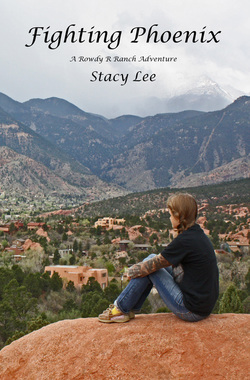 Available in paperback
The only thing FBI agent, Phoenix Sinclair takes more serious than his job is his family, friends and an innocent life. Stationed on a stakeout he watches a beautiful woman walk right past him into the line of fire. Without thinking he jumps in and takes a bullet for her before she even knows what's happening. Now she is the only person they know that can identify the Crime Boss he is after. Keeping her alive means everything. The only problem is, his body wants to do a lot more than protect her.

When the controlling, pig headed FBI agent saves Chloe Anderson's life, she is grateful. That is until he throws her over his shoulder and kidnaps her. Set on having her identify her assailant, he thinks of nothing else but carting her off and humiliating her in front of his FBI pals. When shots ring out again they have to run for their lives. Leaving behind dead agents Chloe enters an entire new world she never wanted to be a part of. A former WMMA fighter she isn't a stranger to violence, but the threat to her life is new and so is the blonde God that thinks he can control her every move.

Can she avoid killing him long enough to convince him they are perfect for each other? Can he stop controlling her long enough to enjoy what she has to offer him? Or will the Crime Boss succeed in killing them both before it's all said and done? The safest place to be is on the Rowdy R Ranch, but how long will it stay that way?
​
Available in paperback
https://www.createspace.com/5648528
​ 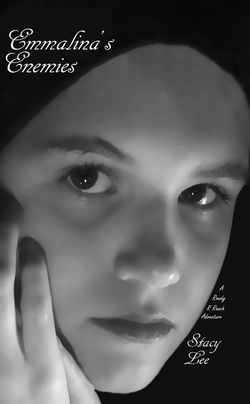 Almost five years ago, Emmalina Frost met a hunk of a cowboy in a bar while waiting for a blind date that never showed up. Cold and edgy for the first ten minutes of their meeting, the gorgeous Kendrick slipped away to deliver drinks to his friends. When he returned his complete one eighty to a more gentle and shy demeanor set her world on fire. Now her life has been turned upside down, her abusive father has gotten worse, her health is declining fast, and her deaf son's life depends on her surviving or finding a way to protect him when she's gone. Out of options she must find the one night stand that changed the course of her life so dramatically. With her four year son in tow she reaches out to the last place she knew he was, The Rowdy R Ranch.

Being identical twins doesn't exactly mean identical personalities. Kendrick is bold, hard and a womanizer. Trystin is shy, romantic and an artist. When Kendrick gets sick of watching his pathetically shy brother stare at a young woman in a bar one night he takes it upon himself to get the ball rolling for him with a game of 'switch the twin'. Now five years later Trystin is still searching for the one night stand who has never left his mind or his heart. The only problem is, thanks to his brother, she doesn't even know his name.

Trystin was recently hurt in an accident that also injured the ranch's cook, Brenna. When he refuses to sit out and watch the work continue around him Ryker banishes him to his mother's house an hour away till a doctor releases him back to work.

When Emma goes searching for Kendrick, Ryker offers her a job as the new cook before she can tell him why she's there. Now with access to the ranch's men she sets out to prove to herself she wasn't insane that night! The hard man she met first and the passionate one she spent the night with were the same man. Kendrick wasn't a threat to her or her son. With her father and his accomplice searching for them, he would have to be their savior, it was the only choice. 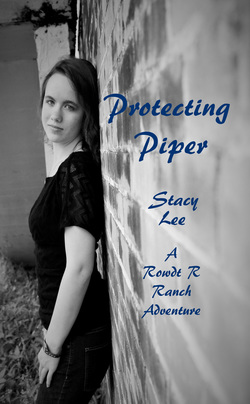 Princess Piper Degradeces is the seventh daughter and the twelfth and final child of the King of Brahnini, a small country millions of laws different and thousands of miles away from the US. With her title comes the responsibilities of being  Princess Piper, responsibilities she doesn't want. Like being bonded to a man that was picked by her father on her twenty-first birthday. Like being treated as if she was a spoiled rich girl when she wasn't, but never given the chance to prove otherwise. Like staying one step ahead of a man that wants her life.

After a run in with one of her many sisters that starts an all out media storm that paints Piper in the wrong, her father gives her one year to find the one thing she is desperate for while visiting America.

A man to love her!

However, his restrictions on her movements suggest he is just stringing her on till the day she is to return to her intended. Fate has different plans! What will happen when she falls hard for the big bad guard that is the first person to treat her like a person in her entire life? Will she be allowed to break tradition and marry the man she loves or will she be forced to marry her sister’s husband making her his fifth wife?

That is, if she lives that long.

When Kai calls ranting about 'Princess Pouty', Beckett Bennett begrudgingly takes over her watch as not to be forced into firing another man from his California security company because of her unfounded accusations. He arrives with every expectation of meeting a spoiled little rich girl. To his utter shock and amazement he finds the Princess is delightful, funny and extremely shy. After rescuing her from a party, listening to her rant in her drugged state, then watching her sleep it off, he doesn't envy the Princess and her controlled upbringing. Feeling sorry for the fact she has been in the States for nine months and has seen nothing but a college campus and apartment walls of three different states, he finds himself wanting to help her out and arranges a day on the town. He didn't expect to be chewed up and spit out by the love bug in the process. When her State changes for her final three months in a new place, Houston, Texas, he does his duty and leaves her with the new guards. But when she calls begging for help in Morse code of all things, he finds himself and all the boys from the ranch running to her rescue. Will they be able to reach her in time?

Loving Lani
Rowdy R Ranch Adventures
Book 6
(Author suggest reading book 5 beforehand. Most of this series can be read individually but the country and culture of Brahnini is explained with more detail in Protecting Piper) 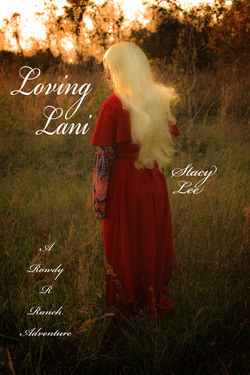 With her intended killed in an innocent accident the day before their Awmu Pi (Bonding Ceremony or Wedding) Lani is in a tight spot. If she is not bonded to a man by midnight on her twenty-first birthday she will be sold into servitude. That title has many meanings but the most feared is being someone’s mistress, which means if he wanted to share her, he can. With time running out, her best friend, Princess Piper, convinces her new husband’s army buddy, Kai Blackhawk, to take on the role of Lani's intended. Begrudgingly he complies. But once it’s done he drops her at the ranch to forget she ever exists, or so she thinks.

​Can she ever be what he wants in a wife? Can she convince him that he can love her if he only gives her a chance? And can she do it all before the dark forces after Kai and his  friends find out she is his, taking their revenge with her life?

Kai Blackhawk never wanted to be married. Been there done that, it didn’t go well. However, to save Lani from a life of servitude he takes a deal with the King of Brahnini. Two years, no kids, then freedom for them both. If only he can find a way to keep his ‘wife’ off his mind and out of his bed that long.

**Mature content due to violence- Sexual situations and language**

Rowdy R Ranch Adventures are available in E-format at your favorite digital retailer. Including but not limited to, ﻿Barnes and Noble﻿, Amazon, IBooks, Kobo and Smashwords!
Powered by